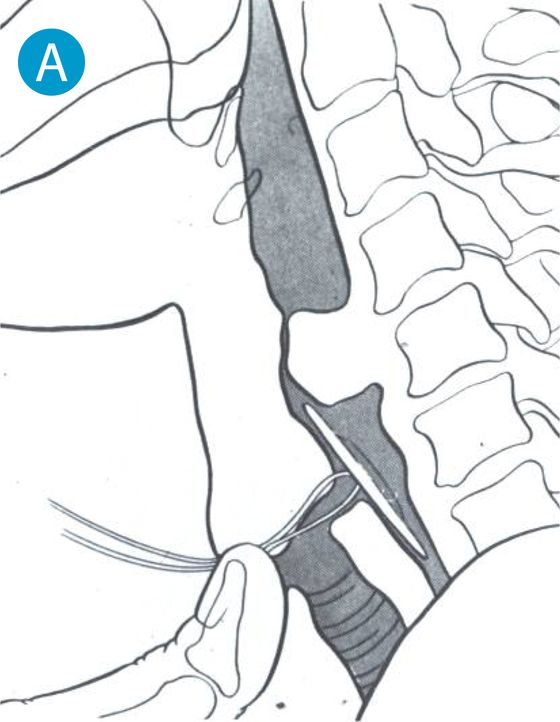 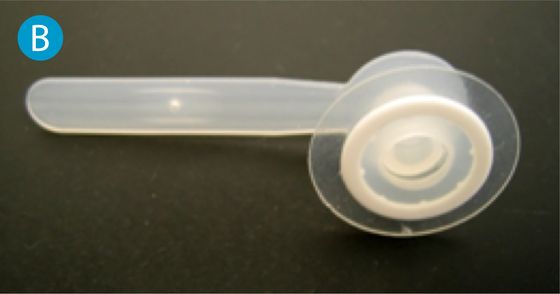 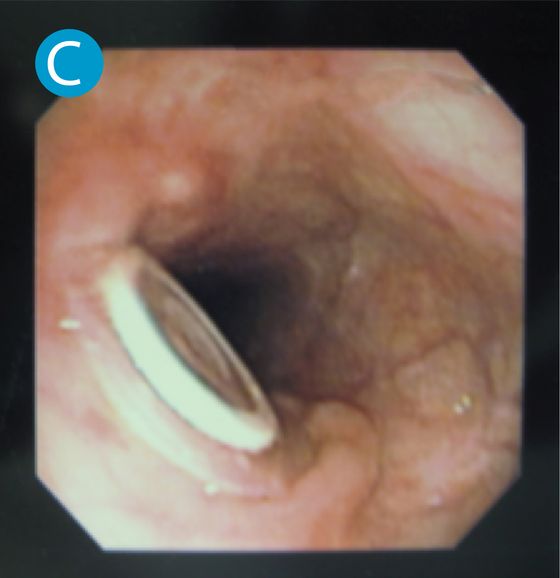 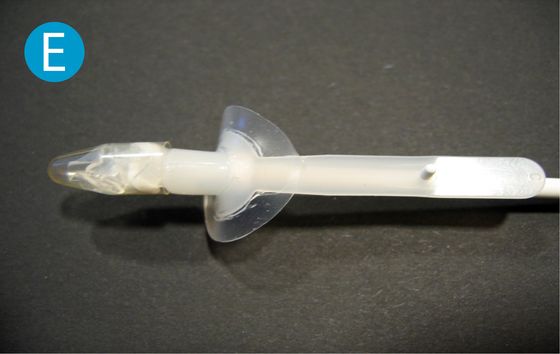 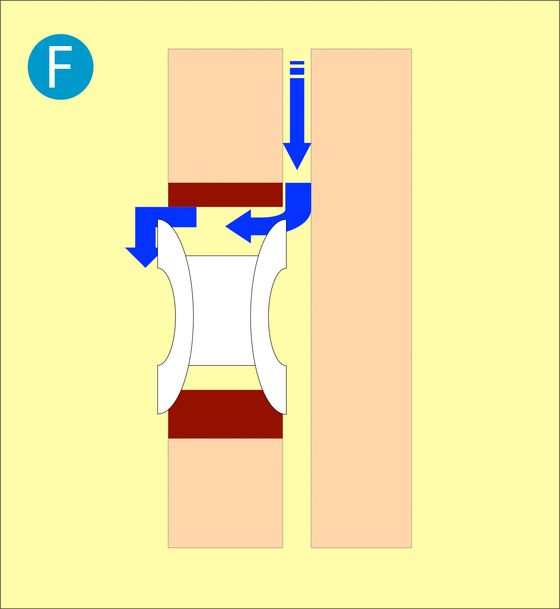 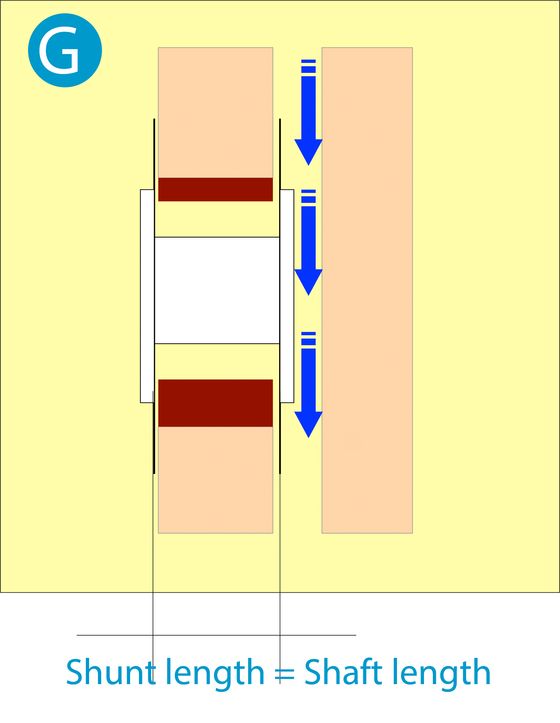 Eric D. Blom (Indianapolis) first had the idea for the development of the custom-fit voice prosthesis after being inspired by a publication by Bonelli and Aversa, who presented their “swallowing prosthesis” (ill. A) in 1974. They used a disc in the esophagus (1) to close the shunt when swallowing. The patient pulled on the loop (2) to achieve this. The disc was pulled against the front of the esophagus to seal it. When the loop was released for talking, air was able to pass by the disc and flow through the shunt.

In order to achieve a good seal of the silicone ring against the mucous membranes of the food pipe, the shaft length of the prosthesis must also be adjusted with absolute precision. Prostheses with an enlarged flange should not be loose or exert any pressure in the shunt. To this end, they are adjusted to the individual patient's anatomy - hence the designation "custom-fit prosthesis". Modifications may be made on the tracheal flange, the esophageal flange and on the shaft. However, the enlargement of the esophageal flange and the precise shaft length are essential for the seal (ill. G).

Ill. C shows how the enlarged esophageal flange protrudes beyond the standard flange of the voice prosthesis. It seals against the esophageal mucous membrane without cutting into it to any great extent.

If the shunt is highly instable, enlarging the esophageal flange by itself might not be enough. The tracheal flange may then also be enlarged. Ill. D is of a custom-fit voice prosthesis with an enlarged tracheal flange. The thin silicone disc (0.3 mm) is only placed loosely against the tracheal mucous membrane, does not affect the blood flow in the mucous membrane and stabilizes the shunt against the enlarged esophageal flange.

As is usual with the Blom-Singer® system, custom-fit prostheses are inserted with a gel capsule (see ill. E). Removal is also as usual, by completely removing the prosthesis from the shunt. The enlarged flanges are very soft and flexible, which is why no particular effort is required for removing them.

In the past, modifications on the actual prosthesis have had to be carried out by the doctor/SLP him/herself, which calls for considerable “fiddling”, and also requires that medical product liability be accepted for the product. The manufacturer (Inhealth Technologies) decided to offer modified voice prostheses with enlarged flanges ex works starting in 2010. There is therefore no detailed description of the manufacture of a custom-made voice prosthesis at this point.

The success rate for a complete seal of the periprosthetic leakage in an examination carried out by ourselves was an extremely high 98%. There were no significant complications, and the costs for a custom-fit prosthesis are the same as those for a standard prosthesis.

Relative contraindications for the use of a custom-fit prosthesis are high-grade pharynx stenoses (high-pressure occurs when swallowing that the thin silicone rings are unable to cope with) and shunts of more than 16 mm diameter (increased risk of dislocation of the prosthesis).

Summary: Due to the high success rate, low rate of complications and the high level of patient comfort offered by this method, we recommend the use of custom-fit voice prostheses for the management of periprosthetic leakage (leakage around).