The tracheostoma plaster stabilization ring was actually invented by a patient. He found that when the plaster was used with a tracheostoma valve, it worked loose too quickly even with the optimum adhesive technology. So he took a metal ring, placed it around the 22-mm connector and attached a collar to it that drew the ring to the plaster (figs. A and B). A third fixation point was later applied at the lower end of the ring and used to stick the ring to the chest. This stabilization ring is now available commercially, and no longer has to be made by the patient. 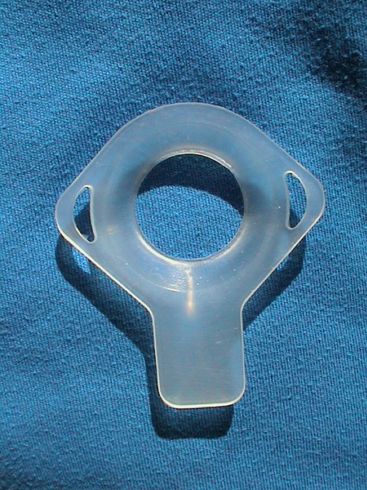 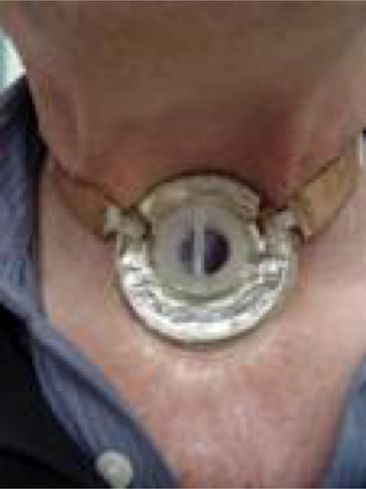 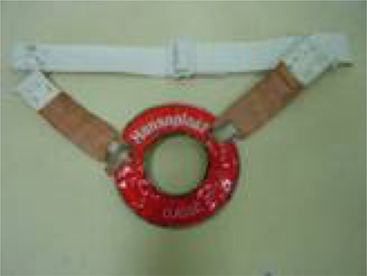