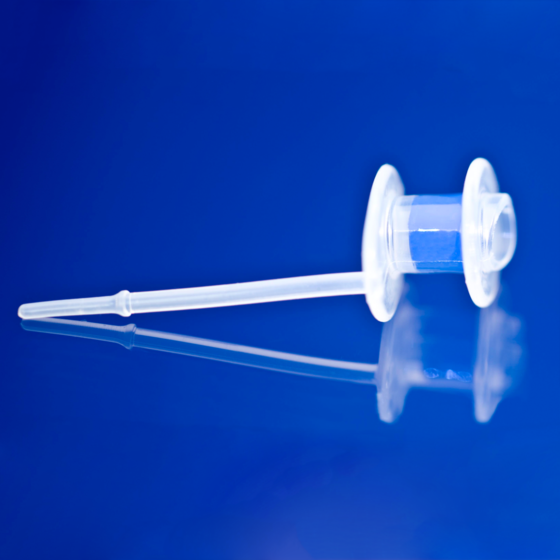 The Provox® Vega™ prosthesis is the successor to the Provox® 1 and Provox® 2 prostheses, and will shortly replace them. It is available in three different shaft diameters: 17 Fr, 20 Fr and 22.5 Fr (Europe). The shaft diameter and length can be seen on the tracheal flange (a).

A number of technical improvements were incorporated in the development of the Provox® Vega™ prosthesis. 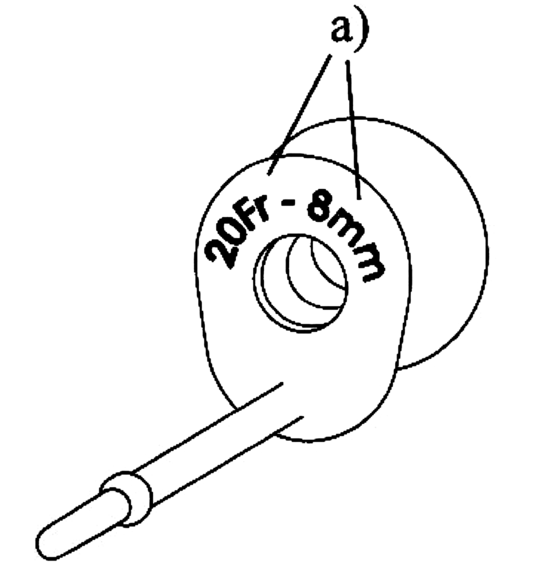 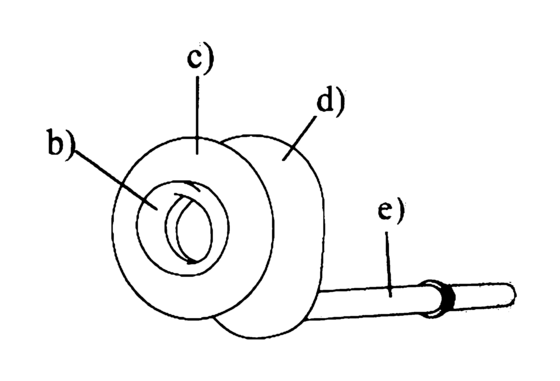 The valve was flanged at an angle of 18° (f) in order to improve the flow properties of the prosthesis. As a result, the valve causes a minimal decrease in the lumen of the shaft during airflow. The effective flow through the cross section was furthermore increased by a small reduction in the wall thickness of the shaft. The cross section was increased from 12 mm2 to 16 mm2. The blue plastic ring (h) was inserted in order to stabilize the shaft of the prosthesis with a smaller wall thickness.

In the production of the Provox Vega prosthesis, the blue ring (h) with the valve (f) is manufactured separately from the silicone prosthetic shaft (g) and later inserted in the shaft. This gives the option to control the opening pressure of the valve. Each prosthesis is checked for its opening pressure and resistance to leaking.

The design of the body of the Vega™ prosthesis has also undergone a number of changes. The esophageal flange (c) remains the same at 14.5 mm diameter; the material thickness of 1.5 mm is the same as the Provox® 2 prosthesis and a little thinner than the Provox® 1 (2 mm).

The thread (e) emerges vertically from the tracheal flange so no irritating ends can rub against the trachea once the thread has been trimmed. A safety cone (i) is integrated in the outer one-third of the thread to securely attach the Vega™ prosthesis to the insertion rod. The enclosure (b) of the valve is now bigger than that of the Provox 2, and surrounds the valve by 360°. It is designed to protect the valve and prevent esophageal mucous from adhering to the valve.

The valve bearing of the Provox Vega prosthesis is now made from fluoroplastic (blue) in the hope of achieving a certain level of biofilm resistance for the valve. Whether this will actually significantly reduce biofilm growth on the valve is currently being investigated in clinical studies. 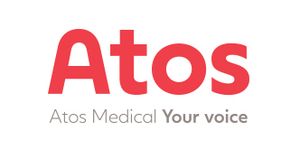