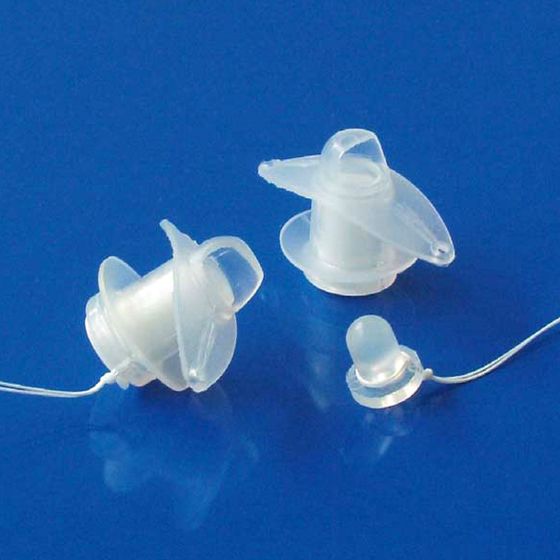 According to its manufacturer, the Adeva® BigFlow prosthesis is intended for use in cases of spontaneous shunt expansion. The large outer and inner diameters produce a low flow resistance when speaking. The wing-shaped discs (flange) guarantee a safe position in the shunt.
CAVE: There is some debate as to whether the introduction of a prosthesis with a large shaft diameter is of any benefit in cases of spontaneous shunt expansion (see Literature).