The plug seals the voice prosthesis completely, which means speech is not possible when the plug is in place. However, there are plugs on the market that contain a valve that does enable speech, albeit with slightly higher pressure (because of the smaller inner diameter).

The plug is inserted by the patient, ideally in front of a mirror. This requires a little practice. If the patient presses too hard against the prosthesis, it may fall into the esophagus. It is also important to attach the plug securely, either using a plaster strip or a collar, as the little plugs can easily fall into the trachea. As a general rule, a plug is an emergency solution for a few hours to a few days. Ideally, the faulty voice prosthesis should be replaced as promptly as possible. 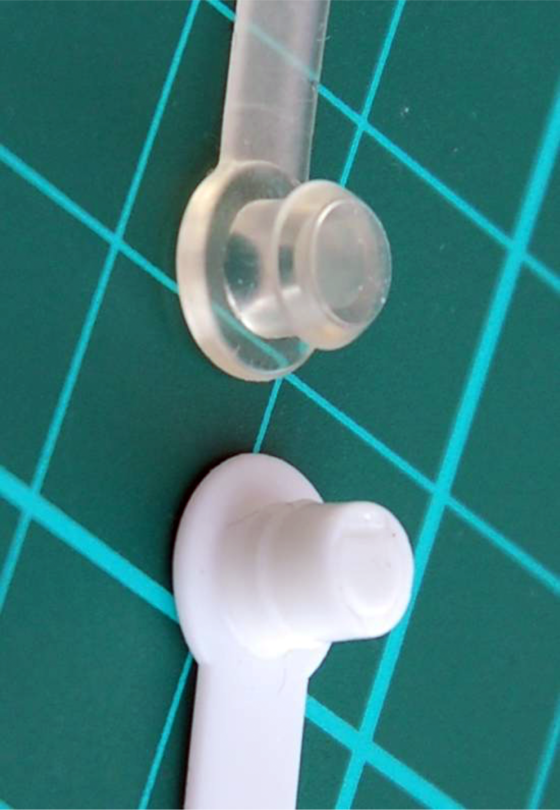 Plugs are not available for all prostheses.

Plugs are available for: