Placement of a voice prosthesis 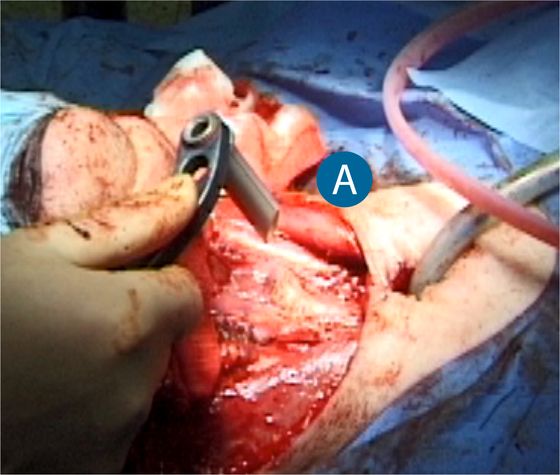 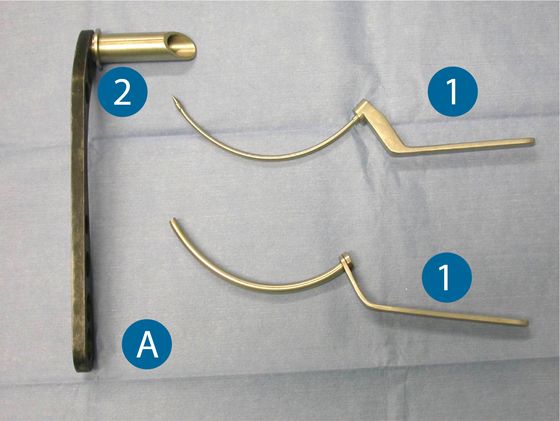 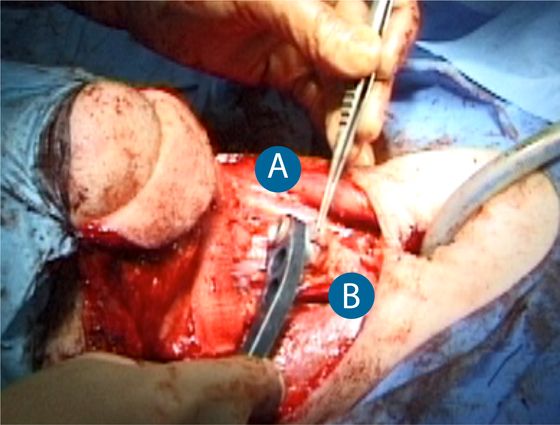 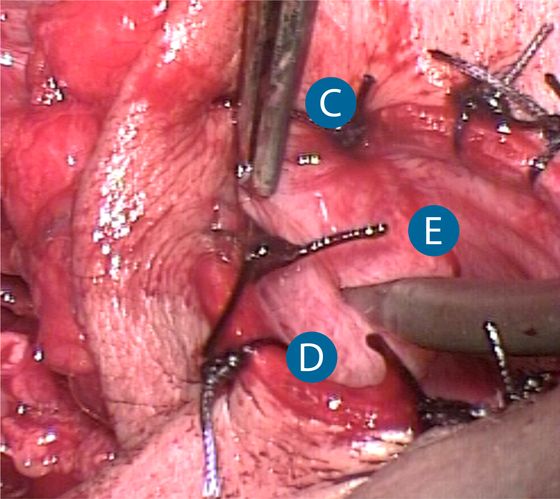 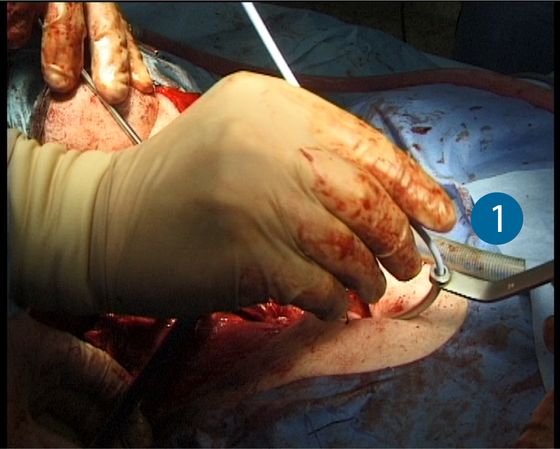 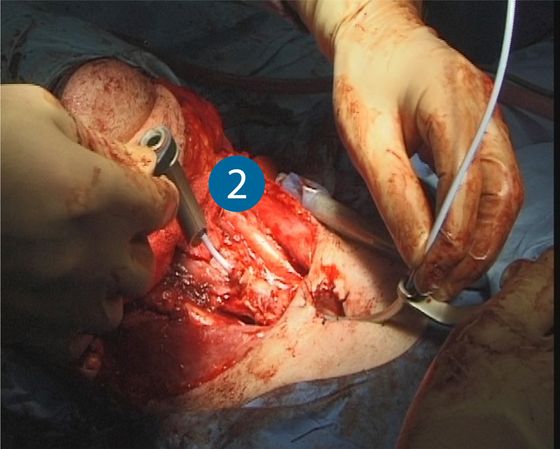 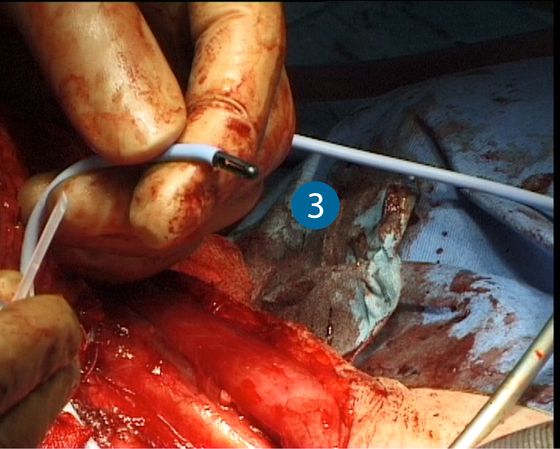 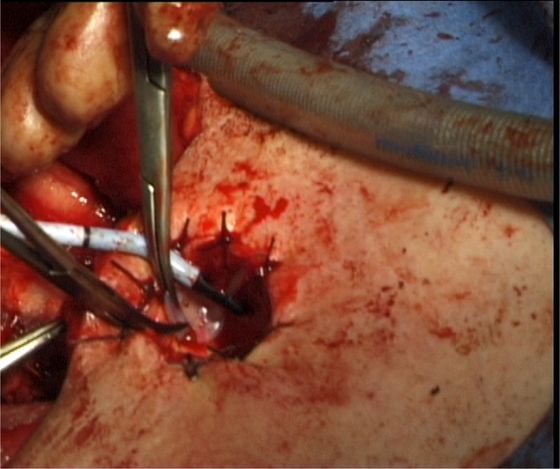 Primary placement of a voice prosthesis

A voice prosthesis can usually be placed at the same time as the laryngectomy is carried out (primary placement). The primary insertion of the voice prosthesis is performed after the resection of the larynx and before the pharynx is closed. The tracheostoma should also have been completely sutured. This means the insertion point of the voice prosthesis can be determined with absolute precision. The puncture set after Hilgers is used to puncture the Pars membranacea of the trachea approx. 1 cm distal of the upper edge of the tracheostoma into the esophagus (shunt creation). A deeper puncture brings with it the risk of the shunt being very low down in the trachea, making it much more difficult to change the voice prosthesis, as the shunt often sinks a little further while the wound is healing. In order to prevent injury to the esophageal back wall by the puncture trocar (1), a pharynx protector is inserted in the open pharynx and upper food pipe before the puncture is performed. The puncture is then performed in the pharynx protector.

C) Cranial edge of the tracheostoma

In order to allow the puncture of the trachea into the esophagus (it is quite likely to close spontaneously) to become a stable esophagotracheal fistula, a spacer or voice prosthesis needs to be inserted while the wound is healing. The insertion of a voice prosthesis in the newly punctured shunt is demonstrated on the following pages.

A prosthesis with a shaft length of 10 mm is usually sufficient for patients of normal weight and those who have not received prior radiation treatment. Shorter prostheses should not be used for the primary placement, as post-operative edema could cause them to cut into the flesh, which could lead to necroses.

Radiated or adipose patients should be given a prosthesis with a minimum shaft length of 12 mm.

The area of the wound will swell post-operatively, so the position of the voice prosthesis is checked on a daily basis in order to recognize pressure ulceration and necrosis promptly. If in any doubt, a longer voice prosthesis will have to be inserted shortly after surgery. Once wound healing has progressed to the extent that the patient is able to swallow, voice training may commence (if healing is normal, this is usually around the 10th day post-operative).